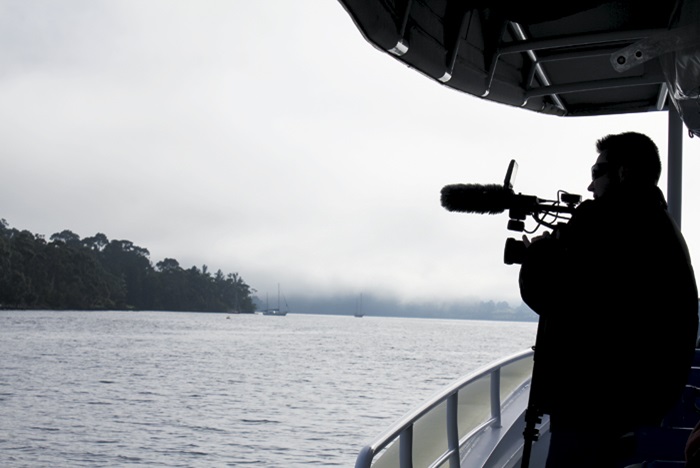 Seafood was the theme of the first day of the week-long culinary expedition around Tasmania held for the national finalists in the Electrolux Appetite for Excellence Young Chef and Young Waiter awards.

During the tour, the young leaders of Australia’s hospitality industry had the opportunity to taste and discuss a broad range of food with the primary producers who grow, catch and cultivate it.

Peter Horvat, communications, trade and marketing manager for the FRDC, says: “We want to show these young professionals where the products come from and show them that Australian farmers are using some of the best research and practices in the world to underpin the effort that goes into their production.”

Seafood set the scene on the opening day of the tour, with the morning spent at Huon Aquaculture. An on-water tour was followed by some product tasting and a presentation on all aspects of Atlantic Salmon farming.

David Whyte from Huon Aquaculture conducted the tour, which included the opportunity to inspect Huon Aquaculture’s new salmon pens, which have been designed to be better for both the people working on them and the fish swimming in them.

“It was an open and honest account of how they go about their business and the issues that they deal with,” Peter Horvat says. 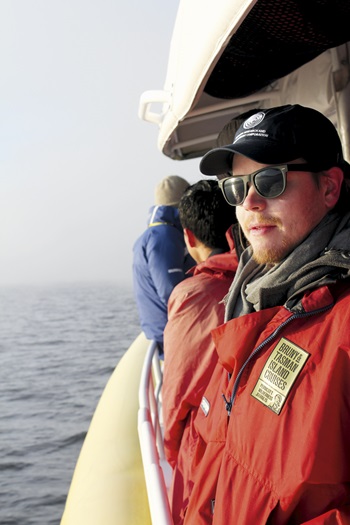 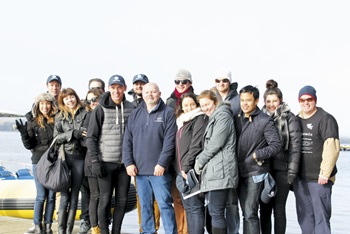 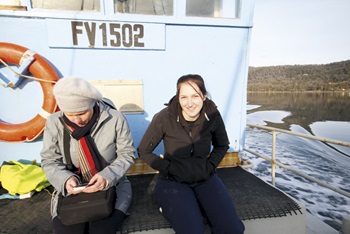 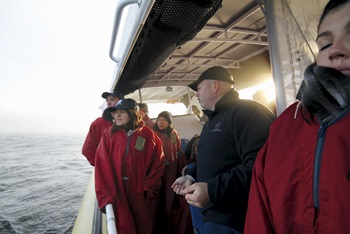 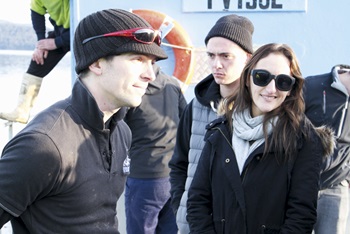 The Appetite for Excellence tour used one of Robert Pennicott’s wilderness journey boats to get out on the water to see the salmon pens.

While this was not a normal trip for the tourism operator’s crew, it provided them with an opportunity to extend their knowledge of the aquaculture industry, which they see almost every day.

The group visited both the land-based operation sites and the lease on the water, gaining an overview of oyster production from grow-out, through to harvesting and processing.

To complete the tour of Cameron’s fully vertically integrated business, the group called into the Dunalley hatchery (one of the few buildings in this area to survive the 2013 bushfires), for an explanation of the oyster growing process.

Long-time supporter of the Appetite for Excellence tour, the Parliamentary Secretary to the Minister for Agriculture and Senator for Tasmania, Richard Colbeck, also attended the dinner.

A participant in the first Appetite for Excellence tour of Tasmania in 2006, Senator Colbeck said it was a great initiative, educating the chefs and the hospitality industry on where produce came from. He said it was important they knew the work and research that went into primary production in Australia.

It was a fantastic evening and thanks must go to the owners of Ethos − Chloe Proud and Ian Todd (both past finalists in the Appetite for Excellence awards) − for allowing the group to take over their restaurant for the night.

Ian Cartwright noted it was “an inspirational event” and a “wonderful showcase for Tasmania and Tasmanian seafood production”.

Martin Exel said he felt it was great for the finalists to gain an insight into not only salmon and oyster production but also the complexity of fisheries in general.

Pheroze Jungalwalla took the opportunity to highlight public perception as the single biggest issue facing fishing and aquaculture. He said people in the hospitality industry, such as the finalists, had an important role in delivering good messages about seafood.

He commended the FRDC for organising the tour, saying that events such as the Appetite for Excellence tour are great for the education of both sides of the production–consumer fence.

“The finalists are the next generation of opinion leaders in the food sector and we want to help educate them about what producers are now doing,” Peter Horvat says.

“Programs like this are not only good for the finalists but also for the primary producers. They get a direct link with people who are cooking with their product, as well as with the front-of-house staff who are engaging with the consumer.”

The Electrolux Appetite for Excellence program was established to identify, recognise and nurture the finest emerging young talent within the Australian food industry.

The Appetite for Excellence 2014 National finalists