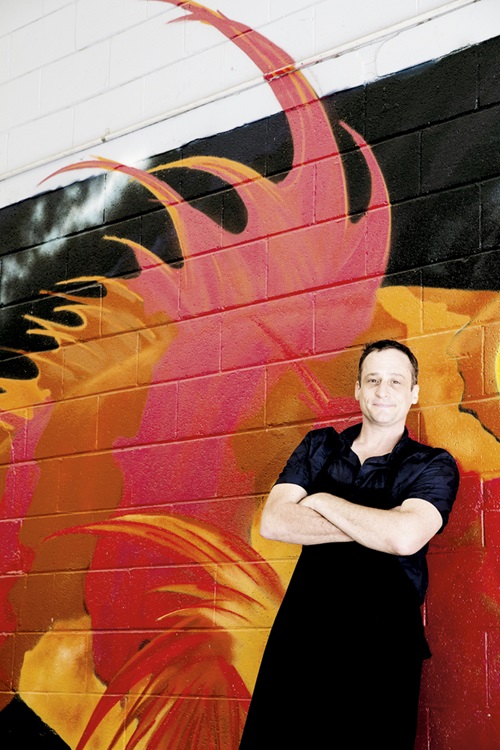 Poor labelling, along with claims and counter claims about seafood sustainability are creating confusion in the marketplace, according to leading Australian fishmonger Jules Crocker. So much so, that he has taken the step of creating his own independent assessment tool to use when choosing fish.

This ensures his pick meets his sustainability criteria. He then sells his sustainable choices under the Cleanfish Australia name.

The assessment tool, based on his own rigorous research and his interpretation of the available sustainability data, gives Jules Crocker confidence in the sustainability of the seafood he offers to clients of his Botany Bay wholesale seafood business, Joto Fresh Fish.

“Rather than offering the full plethora of product day in, day out, I am offering what is fresh, in season and sustainable,” he says. “I plan to grow the Cleanfish Australia brand that way.”

A-list Sydney chefs Matt Moran (Aria), Luke Mangan (Glass Brasserie), Peter Gilmore (Quay) and Neil Perry (Rockpool) are among Jules Crocker’s 200 restaurant, wholesale and retail clients who rely on his recommendations and endorsement so that they can make qualified claims about the sustainability of the fish and seafood they offer.

Many of these businesses cater for highly discerning customers who are concerned about the impacts of global warming, overfishing and aquaculture practices.

In addition to making sustainable seafood more commonplace, Jules Crocker says there is a public-education element to what he is doing. “It’s important to acknowledge fisheries that are doing things the right way by promoting their product.”

In recent years, there has been a shift towards more accessible bistro dining, which Jules Crocker says has led chefs to use lesser-known species, such as cuttlefish, squid, mackerel and leatherjacket – species not seen on menus five years ago. This has been driven primarily by affordability.

However, a handful of these chefs also have an interest in sourcing ‘sustainable seafood’ – which they regard as fish or shellfish that reaches the plate with minimal impact on the marine environment.

“There is also a small, but growing, level of public interest in sustainable seafood. However, with no forum for information delivery and with only limited certification programs available, there is an information and supply gap that reflects poorly on our industry,” he says. 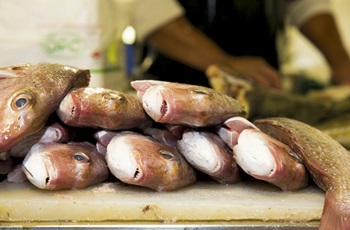 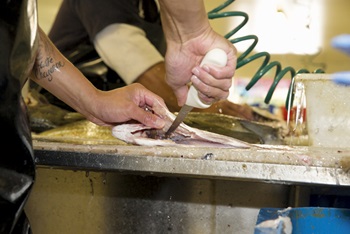 Fish are dry-filetted, which helps retain their flavour, and vacuum-packed.
Photo: Michele Mossop

This information gap, and his commitment to offering superior-quality, affordable and predominantly local seafood in season, is what motivated Jules Crocker to develop the Cleanfish Australia tool.

“There is a crossover between all of those credentials and sustainability,” he says.

He has invested a significant amount of time, energy and money researching individual fisheries and species to develop the Cleanfish Australia tool.

"I started to develop Cleanfish Australia five years ago when there was no certification available for aquaculture,” he says.

In conjunction with his own research, he recognises and incorporates several existing standards for both marine capture and aquaculture fisheries.

He says species that have met these standards are easy to pick, the work has already been done; he just brings them all together under the Cleanfish Australia brand.

For marine-capture fisheries he uses Marine Stewardship Council and Friends of the Sea certification for fisheries, and draws on information provided by the FRDC through the Status of Key Australian Fish Stocks Reports to determine whether Australian fisheries that do not have third-party certification should be endorsed.

Until relatively recently there were fewer aquaculture standards; however, this has changed and now he includes the Aquaculture Stewardship Council standard and Best Aquaculture Practices  standards, which were developed under the Global Aquaculture Alliance, and the Food and Agriculture Organization of the United Nations  guidelines for sustainable aquaculture.

Jules Crocker says in the coming year he wants to extend the framework to include ‘excellence’ for aquaculture assessment. This will consider a fishery’s sustainable practice based on its contribution to the environment, recycling and packaging, energy, education and the community.

Chef Tom Kime, from Fish & Co, was instrumental in developing the excellence category and has been appointed Cleanfish Australia Chef Ambassador of Excellence to encourage businesses to improve their approach to sustainability.

When talking about the credentials of a fish, chain of custody is very important, Jules Crocker says; you need to be sure that the fish you buy actually came from where it was supposed to.

The Cleanfish Australia assessment features a robust internal chain-of-custody component to ensure all products can be traced back to the source.

“We uphold best industry practice in this area but it can be challenging,” Jules Crocker says. 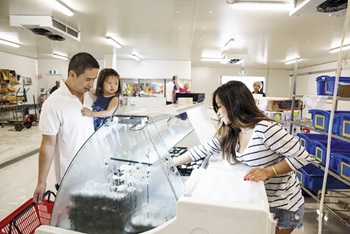 Jules Crocker plans to consult with other industry members to drive adoption of the Cleanfish Australia model at a broader level.

“Our investment has given us a thorough understanding of seafood sustainability in Australia from a number of perspectives throughout the supply chain, which puts us in a position to help other industry players who want to get into this space,” he says.

Since opening his Botany Bay factory doors to the public on Saturday mornings in October 2013, Jules Crocker has observed the majority of customers are not consciously buying based on sustainability.

“They see it as an added bonus,” he says. “But I believe the Cleanfish Australia program ticks all the boxes and I can see its value in the long term.”

The Status of Key Australian Fish Stocks Reports, commissioned by the FRDC and prepared by more than 100 scientists from across Australia, provide a baseline snapshot of fish stocks by region.

The reports cover more than 70 per cent of the volume of fish caught in Australia and encourage consumers to look beyond popular species such as snapper and flathead and try something new.

The second edition of the Status of Key Australian Fish Stocks Reports will be released in December and will provide information on an additional 18 new species.