Humble sardine gets a makeover 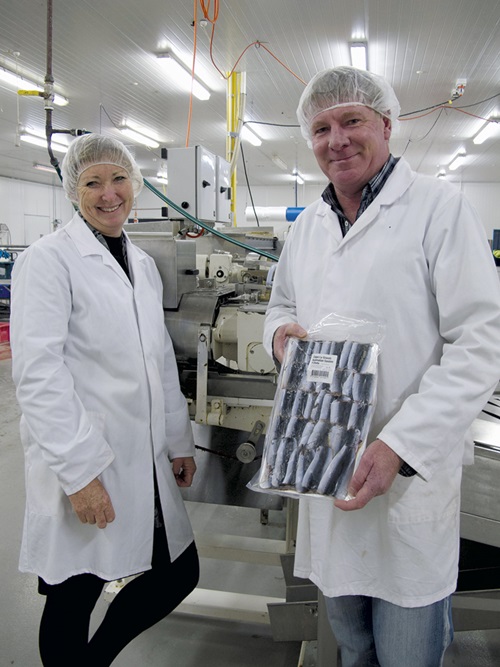 The humble sardine – once used for bait or pet food – is now making it onto the best restaurant tables in Australia, thanks to the passion of Western Australian fisher Tim Rowe.

Previously a wetline fisher and seafood processor based at Esperance and later at Geraldton, he has sold up these operations to focus solely on sardines.

And he has been supported in his efforts to raise the profile of Australian Sardines by research conducted in conjunction with the Australian Seafood Cooperative Research Centre (Seafood CRC) and Curtin University to improve the supply chain and shelf life of sardine products, and to develop new market-ready products.

Cape Le Grande Australian Sardines now sells raw, frozen sardine fillets and lemon-flavoured, panko-crumbed frozen fillets to chefs in WA and cafes in Sydney and Melbourne. As managing director of the business, Tim Rowe is excited to see the product is “taking off”.

“At our processing factory in Geraldton where we used to process our so-called ‘prized’ species such as West Australian Dhufish, snapper and groper, we also used to get pallets of frozen sardines as bait for the fishers,” he says.

“Occasionally I would get the staff to fillet some of the sardines and cook them for lunch. They tasted great and I just loved them. I thought that if we handled and processed them with the same care as we did our expensive fish, they would taste even better.

“I kept on thinking that one day I was going to value-add these sardines and make them popular. I want to change the perception that people have of sardines as being smelly things in a can that old people eat.” 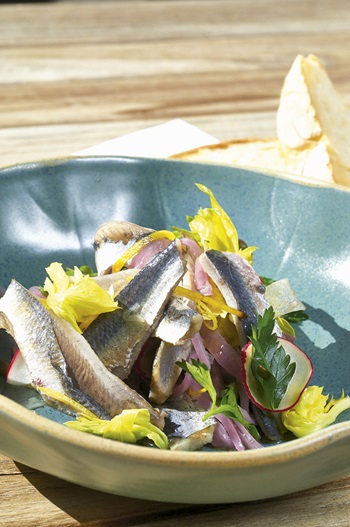 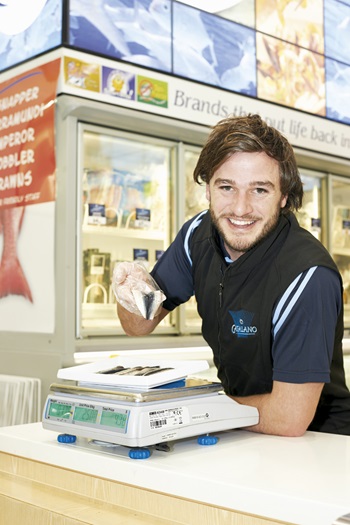 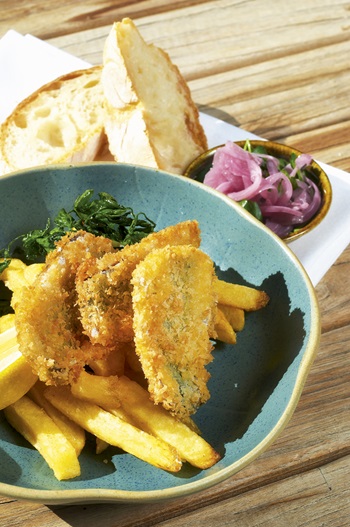 In 2000, he bought a sardine-fishing quota in WA’s south-coast fishery and, along with another quota owner, launched Cape Le Grande Australian Sardines.

The next port of call was Janet Howieson at the Curtin University Centre for Excellence for Seafood, Science and Health. Janet Howieson helped Tim Rowe access Seafood CRC funds to investigate product handling and development, and worked closely with him on developing rigid supply-chain protocols.

As with all good product development, it has required patient experimentation, quality assurance systems and an accurate understanding of the customers’ needs.

“Working together and with value-adding through co-contribution between Cape le Grande, Catalano Seafoods and the Seafood CRC funds we spent more than a year refining the transportation and processing to ensure that every step of the pathway from boat to consumer was optimised for quality,” Tim Rowe says.

As the fish school on the surface under moonlight, purse-seine nets scoop them from the water and they are pumped straight from the net into an ice slurry. They are filleted at 0°C before being put into a blast chiller.

Sardines have a comparatively short shelf life, so strategies to maximise this have been an important part of the project.

All fish begin to deteriorate as soon as they are harvested. Janet Howieson’s research identified enzymes released by the sardines almost as soon as they hit the decks of the trawlers that accelerate this process.

This is why there is an emphasis on putting the catch into icy slurries as quickly as possible – the first two minutes are crucial. Sanitisers added to the ice slurries have also been shown to reduce the naturally occurring bacteria and extend shelf life.

Data loggers were used in tracking the temperature and the condition of fish from harvest through processing and retail distribution.

Tim Rowe says it is crucial to maintain the fish from the boats in the best possible condition.

“There is no ‘magic fairy’ in the chillers that will improve the quality of the fish – what you put in is what you get out. We have developed a great relationship with a small group of WA professional fishers, who ensure a strict temperature-control regime immediately after harvest and during transportation to the factory for filleting and packaging.”

He says the Cape Le Grande Australian Sardines have a distinct flavour, enhanced by their natural environment of very cold water off the WA coast.

“The supply chain is excellent – we are ‘target fishing’ for the premium food service/retail market, which has been a shift in harvest practice for a fishery that has traditionally targeted the bait market.”

Tim Rowe says the investment in the research process has been invaluable and given him the confidence to invest in a processing machine from Sweden – the world’s best sardine-filleting machine – which is now installed at the Catalano Seafoods factory in Bassendean.

Catalano Seafoods provides the contract processing for Cape Le Grande products. These include raw, frozen fillets, sold in 200 or 500-gram retail trays and a four-kilogram carton (eight 500-gram trays). Crumbed fillets are sold in five-kilogram packs, which provide portion control for restaurant kitchens. But the supply chain does not end at the wholesaler.

“It’s very important to work with retailers or provide them with information to optimise their displays and maximise shelf life,” Tim Rowe says.

He says he has also invested time in understanding the needs of the restaurant trade. The easy-to-cook crumbed product is very popular with cafes, while the raw fillets appeal to creative chefs in high-end restaurants.

There are two crumbed products: one is flash fried, which allows for either oven frying, pan frying or grilling, while a different crumbed offering allows for deep frying.

“It’s good to have the variety of products but you need to ensure when restaurants want to reorder that distributors are well-stocked – you can kill the fickle food market very quickly if you can’t supply.”

Curtin University surveyed chefs during the development phase, to understand their preferred forms of the product, including product weights and information they required to make purchase decisions for their menus.

This research provided information on products, the supporting promotional material and strategies undertaken by Cape Le Grande during the launch phase.

A subsequent follow-up survey with chefs who had tried the sardines found that many responded positively to the launch, which had been developed based on feedback from earlier surveys.

“There has been an excellent response to the convenient 500-gram portion packs, which have enabled chefs to trial them without lots of wastage,” Tim Rowe says.

The crumbed fillets were also praised by chefs. Survey respondents said fillets worked well in the deep fryer, had great flavour and texture and the crumb was “nice and crunchy”. Another respondent said they “loved the big fat, juicy fillets” from Cape Le Grande.

There are still a few challenges to overcome, mainly from consumers who are still coming to grips with the oilier, strong flavour, the small bones and the traditional perception of the canned variety.

However, converting the opinion-making chefs has been a major first step to market success.

“In places such as Spain, Italy, Portugal, Greece and the Baltic countries, the sardine is a prince among a wide range of seafood and practically on every restaurant and tapas bar menu,” Tim Rowe says.

“Once people understand that they are also incredibly healthy, with high levels of omega-3 and vitamin D, there is no limit to the potential of this product.”