Bass anglers take up habitat cause 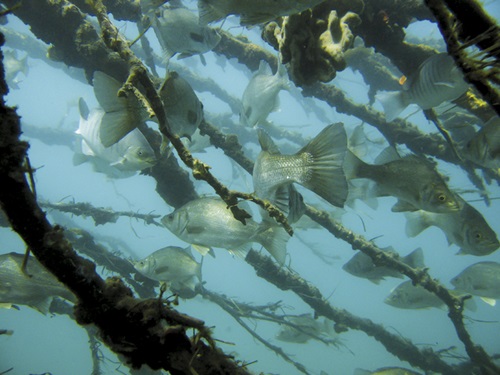 But the Parramatta-based club had a different idea. Rather than putting more fish in the water, why not improve the habitat for those already there? Remove the pest plants that interfere with fish feeding, and improve the migration channels that have been interrupted by weirs and barrages.

The club has about 40 members who fish rivers and creeks along the coast of New South Wales, primarily targeting Australian Bass (Macquaria novemaculeata).

The club’s project officer, Alan Izzard, explains that instead of restocking, the group proposed revegetation with plants indigenous to the area.

“About 40 per cent of bass food drops into the river, such as cicadas. So if the plants go, that food doesn’t get into the water and the fish move elsewhere. Along the edges of creeks and rivers, where the riparian vegetarian grows, that’s a great place for the fish to hang out,” he says.

“So Greening Australia invited us to put our muscles where our mouths were and do a planting. We must have planted a couple of thousand trees and bushes on South Creek, and when the funding for that dried up, we went and did some work in National Parks on the Grose River, and also down on the Nepean River.”

The catch-and-release club now holds monthly habitat revegetation working bees. These are focused on a reach of the Nepean River at Emu Plains in outer-western Sydney, a project funded by a Commonwealth Caring for our Country grant, and a NSW Recreational Fishing Trust Fish Habitat Action grant managed by the NSW Department of Primary Industries (DPI).

Partnering with Greening Australia, McCarthy Catholic College, Penrith City Council and the Hawkesbury–Nepean Catchment Management Authority, since 2011 the club has helped to rehabilitate several hectares at the site, weeding out balloon vine, privet and lantana.

“All of the native casuarinas have been freed of weeds, and have sprouted back and look fantastic. We will replant other trees that are endemic to the area,” Alan Izzard says.

In addition to their revegetation work, since the 1990s the Bass Sydney Fishing Club has also worked with local councils, the NSW DPI and the NSW National Parks and Wildlife Service to have artificial fishways installed on weirs at Lane Cove and on the Parramatta River.

As a prominent example of recreational fishers taking charge of the wellbeing of the environments in which they spend leisure time, last year the Bass Sydney Fishing Club won the inaugural Habitat Heroes Award at the National Recreational Fishing Conference held on the Gold Coast, Queensland.

The award is sponsored by the Fish Habitat Network, which was established in 2009 and draws together state bodies, non-government organisations, peak bodies, clubs and community groups for habitat rehabilitation.

Charlotte Jenkins, fisheries conservation manager with the NSW DPI (which coordinates the Fish Habitat Network), describes recreational fishers as the “eyes and ears of the river”. 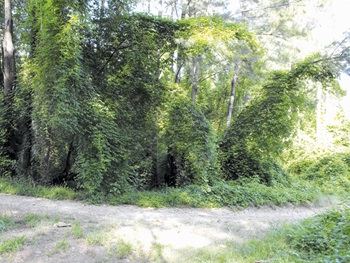 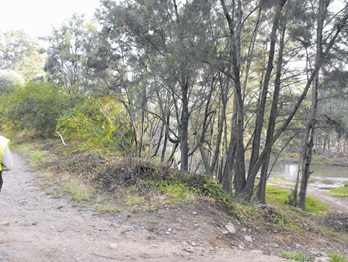 “There have been huge impacts on fish habitat in NSW since Europeans arrived, and because of that there have been dramatic declines in fish numbers, abundance and populations,” she says.

“We realised that a lot of recreational fishers feel a need to put something back into that habitat, and that we could help people engage with what is happening on the ground.”

This kind of involvement of recreational fishers in environmental care builds on international experiences in North America, where the longer history of European settlement led to earlier manifestation of environmental damage. For decades, fishers on these continents have driven habitat care programs, with well-documented benefits.

“All over the world you can find examples where riverine enhancement programs have had a benefit for invertebrates in the system, for fish in the system,” she says.

The Fish Habitat Network began in NSW but now operates Australia-wide, and supports projects that include:

Fish Habitat Network staff are also an educational contact point for clubs, providing resources about the necessary environments for the animals to survive and thrive, through meetings, newsletters, the website and social networking.

A major focus for the network is fish passage through the weirs, barrages and causeways that characterise Australia’s river systems.

“Many of our native fish species migrate to access habitat to breed and to find food, and fish passage barriers, such as road crossings and weirs, can have a real impact on their migration,” Charlotte Jenkins says.

Following the installation of new fishways, recreational clubs are often involved in data collection, which contributes to the overall picture collated by government departments on fish numbers in their river systems.

“For example, there was a fishway put on one of the weirs around Sydney, and the local fishers kept a log and provided that input back to scientists to show how catches upstream had improved,” she says.

However, as with most habitat restoration work that is focused on small parts of much larger river systems, the positive effects are often not immediately measurable in terms of fish numbers.

Nor does revegetation project funding often cover the cost of monitoring for specific outcomes.

“The benefits of fishways can be swiftly observed in the migration of fish to parts of the river previously unavailable to them, but weeding and revegetation is a far slower process,” Charlotte Jenkins says.

“In Australia we have monitoring programs where we assess the health of a river. So in the longer term, the cumulative effect might show a benefit, but it’s very hard to show a complete spike straight away.”

The Nepean River project at Emu Plains is no short-term hobby for the Bass Sydney Fishing Club, which plans to work on the site for the next five to 10 years.

He explains that waterweeds such as Egeria densa and alligator weed in the Hawkesbury–Nepean river system are a major problem.

“And balloon vine knocks out the canopy trees around the river system, so you get fewer snags (fallen branches and dead trees that create microhabitats) and insects coming into the river,” he says.

For Alan Izzard, whose love for fish has led to a passion for the environment, care for waterways is a simple matter of cause and effect.

“I consider rivers and creeks to be the veins and arteries of the land. If we let them die, the whole country dies. Riparian vegetation is not just food for bass, but it also acts as a filtration system and holds the banks together, as well as supplying important habitat for platypuses, birds and other creatures.” 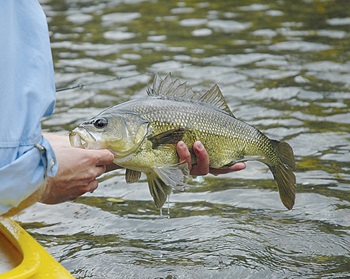 Coordinator of the FRDC’s Climate Change Program Colin Creighton has completed a project that prepares an Australia-wide business case for restoring estuarine environments.

His final report suggests a break-even return on a $350 million investment over five years, based on increased fisheries productivity.

Key commercial species in selected locations were assessed in preparing the business case. Additional benefits that might accrue from recreational fishing or from improvements to environmental elements, such as water quality, have not been calculated.

The Murray-Coorong fishery in South Australia was evaluated, along with Sydney Rock Oysters, School Prawns and Mullets in New South Wales and Banana Prawns and Tiger Prawns in Queensland.