Seaweed could be farmed to complement aquaculture and safeguard the environment with open-sea trials to be conducted in the Spencer Gulf later this year – the final stage of a three-year investigation into the feasibility of such a system. 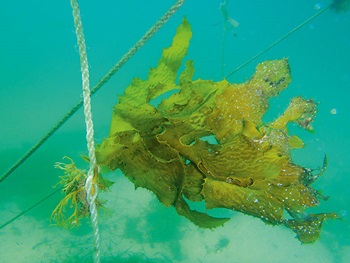 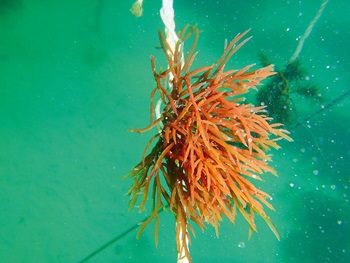 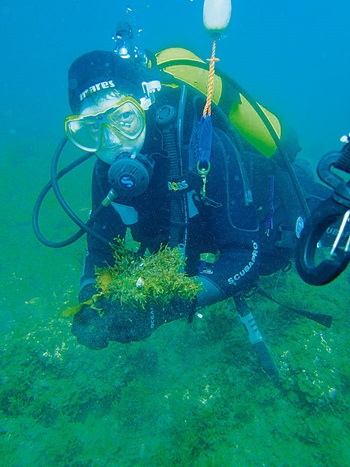 The trials aim to find the right type of seaweed and determine how much of it is needed to effectively and naturally remove the nutrients created by finfish in adjacent aquaculture facilities.

If successful, the project may also herald the start of a valuable new Australian industry. Seaweed is in growing demand in national and international markets, particularly in Asia, for a wide range of uses, including as a food source as well as for bioactive substances used in pharmaceuticals and nutraceuticals.

The South Australian Research and Development Institute (SARDI) is leading the research, now in its final year.

The $1.1 million project has been funded by the FRDC with contributions from SARDI, the University of Adelaide and commercial partners.

Aquaculture is an important rural industry in SA. Production in 2010-11 was worth $229 million, making it the state’s top seafood category. There is considerable potential for expansion, especially in ocean-based fish farming.

With expansion comes increased feed inputs and accompanying waste discharges from the farmed fish, which are already closely monitored under the South Australian Aquaculture Act 2001.

This includes annual DNA-based tests conducted by SARDI (the research arm of Primary Industries and Regions SA), on behalf of the industry sectors, to assess the health of seafloor organisms to ensure the farming is sustainable.

Project leader Jason Tanner says that by farming seaweeds alongside finfish, these wastes could be productively used, decreasing the environmental footprint of aquaculture while at the same time increasing production.

After 18 months spent trawling through the available information on more than 1800 seaweed species found in southern Australia, researchers created a short list of 16 species for laboratory testing. Seaweed growth and nitrogen storage, as well as culture and propagation, were tested before four final candidates were selected for the large-scale ocean trials.

The commercial value of the seaweed for use in food additives, cosmetics, dietary supplements, herbal products, fertilisers and animal feeds, including food for abalone, was also considered when assessing species.

SARDI researcher Kathryn Wiltshire says this is the first serious work to have been done in Australia on offshore farming of native seaweeds.

“We have now selected four native species that have all the attributes we want, that respond well to handling and that live in reasonably wave-exposed areas around the mouths of gulfs similar to the conditions we will be growing them in,” she says.

In a 12-month trial to begin later this year, red seaweed species Gelidium australe and Solieria robusta and brown species Ecklonia radiata and Cystophora subfarcinata will be grown on ropes and mesh bags.

These will be anchored to the sea floor downstream of an aquaculture lease for Southern Bluefin Tuna and Yellowtail Kingfish in the Spencer Gulf. Additional laboratory work will be carried out at SARDI to determine optimum light and nutrient levels for growth.

The trials will identify the most suitable species and methods for this type of aquaculture, known as integrated multi-trophic aquaculture.

They will also provide knowledge on the amount of nutrients removed by seaweeds, which will help determine how much seaweed is needed to absorb waste nutrients from finfish aquaculture.

The project will also provide information on methods of seed production, suitable depths for culture and arrangement around farms and preliminary data on seasonal performance to understand the best times of year to plant and to harvest seaweed crops.