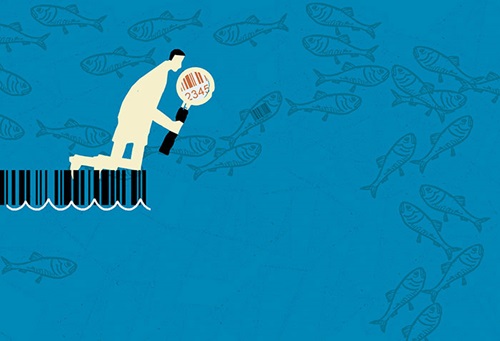 The journey of a prawn from the trawler to the table is long and complex: a story of boats, boxes, containers, planes and trucks, of fisheries, factories and supermarkets, and of fishermen, distributors and consumers.

For the most part, the steps along this journey are unimportant, as long as they deliver the end product to the end user in the right condition.

But if something goes wrong at any stage along that journey – if the prawns are contaminated, if refrigeration breaks down, if a box goes missing or if a diner falls ill – then each of those steps comes under scrutiny.

It is a scenario that challenged Austral Fisheries when a problem with its product was identified at the point of retail sale in the lead-up to Christmas 2011.

Although the problem could have occurred at any point along the supply chain, the company recalled all prawns in the batch, just to be sure. But without a detailed tracking system, it was forced to recall all prawns originating from a particular trawler, which had been delivered across three states.

This is where traceability comes into its own, allowing someone to track the movement of a unit of product from its point of origin right through to its final destination, using a unique identifying code to pinpoint where a problem may have occurred along the way.

“In the context of the fishing industry, it provides the ability to actually track back through the history,” says seafood industry consultant and traceability expert Allan Bremner, an adjunct associate professor at the University of the Sunshine Coast.

Austral Fisheries’ compliance coordinator Barbara Bell says an effective traceability system can make the difference between recalling half a tonne of product and 10 tonnes of product. Austral currently uses a paper-based traceability system, which does the job but has its limitations.

“If we do need to do a recall we can, but it’s cumbersome and it means that we have to recall a large quantity of product instead of a small quantity because we can’t identify it outside an unload from a boat, for example,” she says.

“So if a boat unloads 10 tonnes and only half a tonne of it is damaged, we have to recall the whole 10 tonnes to sort through, so we’re trying to come by a method that will allow us to recall only the damaged stock if required.”

Austral is not alone in its reliance on paper-based traceability; much of the seafood industry in Australia is still using this system, but it has its problems, says Allan Bremner.

These include a higher likelihood of people transposing errors than in electronic systems, as one person might use a cross and another use a tick, or someone’s handwriting might be illegible.

“If you’ve got folders of delivery sheets or invoices you can do it. But depending on how complex the particular chain is, it might take such a long time that by the time product is cleared, it may well have perished and have to be thrown out,” Allan Bremner says.

The logistics of developing a suitable electronic traceability system for the wild harvest Australian seafood industry are challenging, and a key question is what technology to use.

This is a question Janet Howieson is coming to grips with as part of an Australian Seafood Cooperative Research Centre (CRC) project to develop an ideal electronic traceability system for Austral Fisheries.

The system being investigated is a barcode-based system, where boxes of prawns are barcoded on the trawler itself and the data entered at that same point.

“We explored several different options but in the end trialled a barcoding system because of economics and the need to meet the requirements of the down-chain partners,” says Janet Howieson, who is a research scientist at Curtin University and a postdoctoral candidate with the Australian Seafood CRC.

“They have to track the product through the cold stores and then through the distribution centres and then into the supermarkets or fishmongers, so the system you put in place has to match up with the systems that are in place further down the chain,” she says.

However, barcoding a box on board a prawn trawler in the Gulf of Carpentaria is no easy task.

“The instrumentation has to be robust and flexible and you can’t afford to have it breaking down, they’re out of internet connection or mobile phone connection for long periods so getting help is difficult, and a lot of the labelling systems require levels of precision, which is difficult to maintain during peak harvest periods,” Janet Howieson says.

The rough conditions also make things difficult for electronic equipment such as barcode printers and scanners, and a key consideration was ensuring that the system does not make extra work for a busy crew.

An alternative to barcode technology is radio frequency identification (RFID) tags, which are particularly suited to the traceability requirements of the seafood industry, says Luke Mirowski, a research fellow in electronic logistics at the University of Tasmania.

“In a chain-of-custody environment, where there’s a legal requirement to prove the current state of the product and how it arrived at that final state, it lends itself to technologies such as RFID rather than barcodes. The operating conditions in seafood also lend themselves to RFID because of the processing and the types of workflows that the fish are emerging out of.

"When nets are pulled up from the water and fish are sorted and then frozen within a short space of time – which is a very manually intensive process – barcodes don’t tend to work very well because they interrupt the workflow.”

In Australia, the price of RFID tags is a significant barrier to use.

The tags are difficult to recover for reuse from across a diverse supply chain, and they are not used in large enough quantities to bring down the unit cost to the point where recovery is less of an issue.

In countries such as Taiwan, where a single Grouper can sell for upwards of $100 and a single company can own every stage of the supply chain, RFID tags are a more viable option because their cost is small relative to the cost of the fish, and the tags can be recovered from the point of sale. However, it is harder to find a similarly integrated supply chain in Australia.

“For most fish species, it’s not feasible to tag every fish, which is why you apply it at the carton level; something like rocklobster might make it viable,” Luke Mirowski says.

Until these issues are worked out, Austral Fisheries will rely on its existing paper-based system.

However, the next stage in the search for a solution is to trial the individual numbering of cartons and then attach the species, catch date and other details to that carton number in the database.

“It’s not ideal and it won’t help our partners in the cold chain, but it will ultimately give us easier traceability on every carton that is processed until the RFIDs become more viable,” Barbara Bell says.

Another traceability scenario, which is more serious but thankfully less common, is a recall involving a large batch of product that has been contaminated in some way at the point of production, which requires every part of that batch to be recalled for safety reasons.

Phil Lamb, managing director of Spring Bay Seafoods in Tasmania, has recent experience of a contamination recall. The mussels his company produces were affected by a major outbreak of the toxic Alexandrium tamarense algae on Tasmania’s east coast in 2012.

He says the recall process involves different mechanisms than those required after receiving a comment or complaint about a packet or a batch of packets, and then tracing the product back to where it was harvested.

“If you imagine trying to recall 30,000 packs that have been distributed, you need to know where they are in the logistics supply chain: which customers, which geographic markets, which international markets.”

The mussel recall was a learning experience for the company, Phil Lamb says, as it showed the need to collect data from a greater number of different sources than is required when responding to customer comments or complains.

“For us, it meant reviewing and revising the information and the way it was collected both internally and externally to facilitate a recall.”

“I would emphasise the importance of mock recalls because they put you in a situation where you do have to consider the differences in information and information sources within your own business and outside your business.”

“The word ‘targeted’ is the key – you know exactly where your product’s gone and you can contact the person and they can look at the shelf and say ‘it’s this one’ and pull it off the shelf.”

However, the 2012 Alexandrium tamarense bloom affected a huge section of Tasmania’s east coast seafood industry, with shellfish, rocklobsters and even Yellow Kingfish and squid exposed to the toxin. While the fish and squid were cleared of exposure, Alison Turnbull says the incident highlighted the need for a similar management plan for fish as exists for shellfish.

“We’re going to have to consider a biotoxin management plan for fishery species other than the bivalves. That is really what’s being determined at the moment: what that’s going to look like, how we’re going to manage it and what sort of traceability we’re going to need.”

The aquaculture industry faces far fewer challenges than wild-catch fisheries when it comes to traceability, as it operates in much more controlled conditions.

A shore-based facility already knows just about everything there is to know about its stock, Allan Bremner says, from the time the fish spawn to the manner in which they’re brought up, their feed, growing conditions, treatments and a whole lot more.

A ‘unit’ of catch

“If you think of a traceable unit, in the aquaculture scene you know what that is, but onboard a boat, you’ve got to define what that is yourself,” Allan Bremner says.

“There are a lot of decisions that have to be made – there’s no standardised decision, it’s what that company decides or it may even be what a particular skipper decides.”

In the end, however difficult it might be to implement an effective traceability system, Allan Bremner says it is worth the effort in the long run as it provides a common language for all the partners along a supply chain.

“It is important to understand that traceability is an integral part of a company’s business system,” he says. “Looked at in this way, the costs of implementation are more than matched by savings in efficiencies gained, access to discerning markets and guarantee of product surety to customers.”

Traceability is also taking on new importance with the increasing emphasis on provenance of catch, particularly in the European Union (EU), according to Alastair Macfarlane, international policy and market access manager for Seafood New Zealand.

“What’s emerging now are two further demands; one of the demands being to not only validate the origin of the product from a food safety perspective but also whether it has originated from a legally authorised origin,” Alastair Macfarlane says.

This has arisen in part due to issues with control of fisheries such as the Patagonian Toothfish, where there has been a need to exclude illegally caught fish from international trade. However, the demands of the EU system look to increase even further.

The EU is proposing that, from 2015, it wants to know where the vessel originated, and also the catch method and the fishery area that the fish originated from.

Another incentive to implement effective traceability is to meet the requirements of sustainability certification, such as that provided by the Marine Stewardship Council (MSC).

This requires companies to prove that those who are physically processing and handling that product are doing so within systems that can ensure, and can prove, that they maintain separation of the certified product from uncertified product.