United for the love of prawns

In the face of competition from imports, the Australian prawn industry – both fishers and farmers – is coming together to support a national marketing campaign 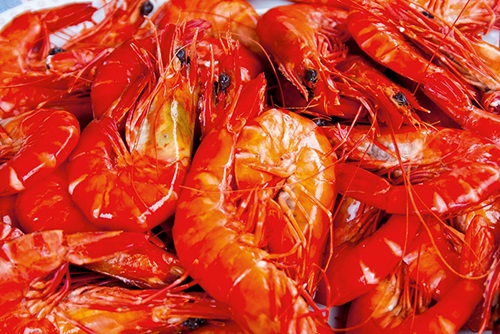 In the not-too-distant past, Australian prawn fishers and farmers were seen as fierce competitors; there was a perception that the “bloody prawn farms” would take over the wild-catch market. But the reality today, and for quite a while now, is that imported prawns have held the biggest portion of the market. Australia imports more than 40,000 tonnes a year – almost twice the volume of Australia’s wild catch and farmed production combined.

Past attempts to promote prawns have been successful for the duration of specific campaigns, such as ‘Queensland Prawns’, which was the first attempt to bring prawn fishers and farmers together for marketing. The Australian Prawn Farmers Association (APFA) and Queensland Seafood Marketing Association each contributed $60,000 for a two-year campaign.

The Queensland Prawns website (www.queenslandprawns.com) is still active. It has 8570 Facebook ‘likes’ and captures current news stories about prawns. The idea of this campaign was to celebrate Queensland Day by eating Queensland prawns. It was a great idea but lacked a long-term strategy, did not have industry buy-in and there was no funding to keep it going.

The FRDC is aware of the issues relating to marketing for seafood and has been exploring ways to assist industry. This has included assisting with funding for the research and development component of the prawn campaign, and investing significantly in the Australian Seafood Cooperative Research Centre (Seafood CRC).

Foreshadowing these changes, the FRDC will put in place the necessary processes and resources to carry out the marketing and promotion activities as required.

With the support of the Australian Council of Prawn Fisheries (ACPF), the APFA members also agreed that something needed to be done. The exchange rate was hurting the industry and competition among and between each prawn fisher and farmer was fierce. However, lowering costs to get sales only leads to a downward spiral in commodity pricing.

For the first time, there was a general national willingness from the wild-catch prawn fishers to work with national prawn farmers. However, not all industry members are convinced. The ACPF and APFA committed to collaborate on a market development strategy to build demand for prawns in the domestic market, which is ultimately expected to improve the price paid for Australian prawns.

A Seafood CRC research project was developed to work with prawn suppliers and retailers to identify how to enhance the profitability of the Australian-produced prawn category. A total of $350,000 was provided from equal portions of R&D money from the ACPF and the APFA.

A competitive tender process was carried out to develop the national prawn strategy, from which Brand Council was chosen. The Brand Council proposition of ‘Love Australian Prawns’ is simple and goes to the heart of all prawn lovers. The logo has been key to industry agreeing to participate further.

The expected outcomes of the research were:

The success of the strategy development process has been an open and transparent approach to industry, involving of key industry stakeholders and ensuring it was an industry-led approach. Advancement during each stage has only come about because industry has endorsed what has been developed.

A tangible strategy led to the development and support of the next stage in which fishers and farmers agreed to commit to paying a voluntary levy; industry could see the benefits.

A voluntary levy was agreed to while steps are put in place for when changes to the PIERD Act enable the FRDC to collect funds for marketing and allow the collection of compulsory statutory levies from industry.

In October and November 2012, there was a series of presentations at meetings of fishers and farmers by consultant Ewan Colquhoun and Seafood CRC representatives Janet Howieson and Karen Hollamby.

In addition, there were special presentations to Northern Prawn Fishery members, individual corporate entities and association board meetings. Presenters have also been on hand at industry meetings for marketing and levy raising.

Each presentation to industry highlighted the issues of product substitution and retailer engagement as critical to the success of the strategy. A further two research projects have been developed, submitted and approved to address these key issues.

The need for investment in the strategy become clear in the light of industry figures as follows.

To date, 16 meetings have been held across Australia to present the strategy to more than 140 Australian prawn industry stakeholders. There has been overwhelming support for implementation of the strategy as developed by Brand Council.

Consequently, the boards of the ACPF and the APFA have agreed to cooperate on the implementation of the national strategy and have signed a memorandum of understanding with the Seafood CRC. One of the first actions has been to trademark the ‘Love Australian Prawns’ logo.

Ewan Colquhoun, from the agribusiness consultancy Ridge Partners, has done a tremendous job of identifying the licence operators among both fishers and farmers across Australia who will be contributing to the voluntary levy. The Seafood CRC will collect the levy, with a minimum of $500,000 needed to implement a one-year strategy.

The official launch for the national prawn strategy is scheduled for September 2013 at Sydney Fish Market.

The success of the project so far has been based on communication, talking to the right people and getting the right people involved through the Seafood CRC, the FRDC, Brand Council and industry. Almost two years down the track there is still a lot of work to be done.

While commitments have been made to pay a voluntary levy to start the strategy, the payment of invoices will be the real test of the industry’s support for the strategy.