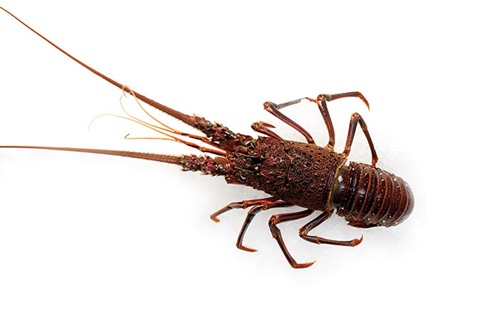 In a striking example of a ‘less is more’ philosophy, the Western Rocklobster (Panulirus cygnus) industry has significantly reduced fishing effort during the past four years and at the same time increased its profitability. What began as a theoretical exercise has been incorporated into the management of the fishery, increasing its value and improving long-term sustainability.

With an annual value of between $200 million and $400 million, Western Australia’s rocklobster fishery leads the way as Australia’s highest-earning single-species commercial fishery.

But the industry, located along WA’s lower west coast, was experiencing significant pressure from rising costs, declining prices and predicted reduced catches due to low recruitment of late larval stage rocklobsters, or puerulus.

In response to these pressures, the Australian Seafood Cooperative Research Centre commissioned Nick Caputi and his team at the Department of Fisheries WA to evaluate the level of effort required to achieve the maximum economic yield (MEY) from the fishery between 2008-09 and 2013-14.

MEY occurs when effort and catch levels maximise profit, where profit is defined as revenue earned minus fixed and variable costs.

“This economic model accounts for direct operating costs such as gear, bait, fuel and crew, as well as vessel depreciation,” Nick Caputi says.

A bio-economic model was used for the assessment.

The MEY analysis indicated that the net present value of the fishery could be substantially increased between 2008-09 and 2013-14 by reducing fishing effort to between 30 to 50 per cent of 2007-08 levels. The long-term effect on catch would be only a five to 10 per cent reduction.

The MEY approach has the advantage of being more precautionary, taking a lower proportion of available rocklobsters.

Due to a series of very low juvenile settlement, fishing effort reductions were introduced for the 2008-09 season to enable carryover of adults to ensure stock sustainability. The reductions were achieved by limiting trap numbers and fishing periods and consequently vessel numbers declined.

Some operators decided to lease or sell their units to other fishers, resulting in the number of vessels declining from 460 to 294 over two years.

Declining fishing effort and vessel numbers were associated with an overall increase in profit compared with what would have been achieved if all 460 vessels had still been operating at the 2007-08 effort levels. The increase was $13 million in 2008-09 and $49 million in 2009-10. Commercial catch rates also significantly improved and rocklobster egg production moved to record-high levels.

To maintain a biologically as well as economically sustainable fishery requires a reliable stock-assessment model to account for rocklobster populations and variables such as growth, mortality, migration and egg production. “Fortunately, we were able to use the number of juveniles as a reliable predictor of population numbers for legal-sized rocklobsters three to four years later,” Nick Caputi says.

In 2010-11, a new management regime was introduced, changing the fishery from one based on effort control, where harvest was entirely dependent on the amount of fishing, to a catch-controlled fishery.

Fishers now have individual transferable quotas associated with the right to catch a specified weight of rocklobster. Management decisions are based on a threshold level for rocklobster egg production to ensure sustainability. The model developed by Nick Caputi’s team will be used to evaluate the total allowable commercial catch in any season.

“The message for other fisheries is that fishing close to MEY levels provides higher profits and promotes conservation by protecting spawning stock. For Western Rocklobster, fishing close to MEY reduced the likelihood of overfishing during this period of low puerulus settlement,” Nick Caputi says.

“However, if puerulus settlement increases, the level of fishing and catch quota to achieve MEY can be recalculated, taking into account changing inputs such as the price of fuel and rocklobsters.”

Nick Caputi says changes to Western Rocklobster management have generated much debate within the industry.

“Overall, industry leaders have been supportive. And when the catch-per-unit effort increased from one kilogram to two to three kilograms per pot lift, many fishers realised the benefits. The challenge for management is maintaining higher catch rates in the future.”