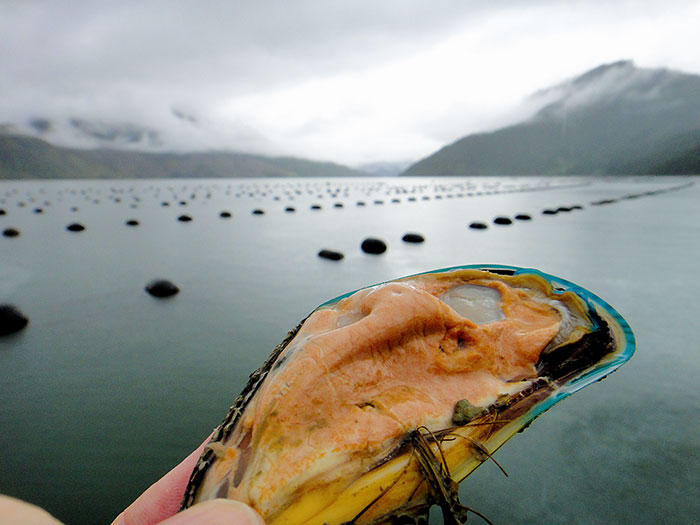 Greenshell Mussels, produced at Mariborough Sounds, New Zealand. A hatchery cultivation of spat is being considered.

FRDC-sponsored Nuffield Scholar Ian Duthie has completed a worldwide exploration of shellfish hatcheries as the focus of his scholarship and believes there is potential to develop export markets for the spat for oysters, clams and mussels.

He has also found that there is a significant “collective intelligence”, which he believes will be crucial in addressing major challenges to face the industry globally, including disease and climate change.

His travels have taken him to shellfish producers across the US, Canada, New Zealand, France, Spain, Portugal, Sweden, Norway, Guernsey and the UK.

“When you are working domestically, there is always an element of competition in what you do. But when you are overseas, people are more open to sharing information because they don’t see you as a direct competitor,” he says.

During his travels he was impressed with the potential of the shellfish industry’s collective intelligence to help solve problems. He says big-picture issues such as ocean acidification and disease will require the industry to work together cooperatively to find solutions through selective breeding, diagnostics or professional development.

Ian Duthie believes it is essential to have networks and relationships established to help identify potential problems and to be well prepared.

Back home in Tasmania, he is now considering how to most effectively combine his 18 years of experience working in hatcheries with the best practices he has seen overseas to meet the research challenges of the future. 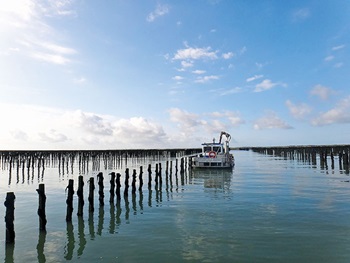 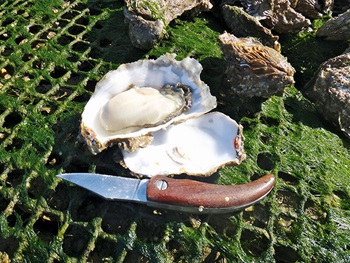 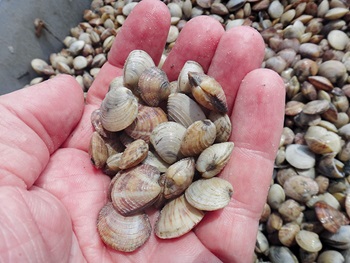 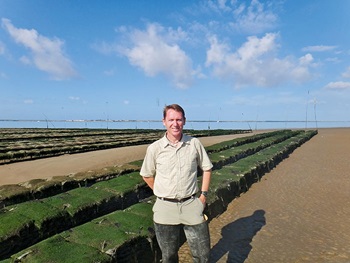 After helping Spring Bay Seafoods establish its hatchery at Triabunna, Tasmania, he is working as a consultant assisting the Tasmanian Shellfish Quality Assurance Program and several New Zealand clients.

Assessing market opportunities, he says there is a worldwide shortage of oyster seed.

“Producers I spoke with, particularly in the US, would increase their production four-fold if only they could get hold of the spat. The clam market is also the fastest-growing and largest shellfish market in the world – faster than oysters or mussels.”

Overseas, demand is continuing to grow on the back of cultural influences and the industry’s ability to market the environmental credentials of shellfish.

“They have developed the ‘story’ and experience around consuming shellfish – the ‘merroir’, emulating the wine industry’s development of the ‘terroir’, and telling positive stories about their industries,” Ian Duthie says.

“Shellfish have a strong environmental tag; they are sustainable, renewable and they provide environmental benefits as filter feeders that remove nutrients from the water, and they also lay down carbon in their shells.”

As part of his travels Ian Duthie revisited New Zealand. A decade ago the industry there looked at hatchery production, having seen the gains that could be made in selective breeding.

But the cost of production for wild catch at that time was so low that it did not make economic sense to capitalise a high-risk venture when lower-risk, low-cost alternatives were available.

Today, however, disease pressures and inconsistent wild catch have put hatchery production back on the agenda.

Ian Duthie says challenges for any new hatchery business will include managing government regulation, disease and translocation issues, as well as achieving the economies of scale needed to ensure viability.

He says it is possible to produce 220 million oyster spat in a single run, and this would meet the entire Australian demand for Pacific Oyster spat. Supplying export markets and producing spat for more than one species would allow for greater production and make economies of scale possible.

He sees the Australian dairy industry as providing a business model for this kind of development, with a premium domestic product and discounted export supply.

As part of his Nuffield Scholarship, Ian Duthie spent time with primary producers from a wide range of industries during his six-week global-focus tour. He says it proved a valuable experience that has given him some new ideas for business structures and investment in capital.

“Aquaculture and agriculture have a lot in common. But aquaculture in Australia is only just entering its second generation, whereas agriculture already has several generations behind it – so it has already come up with ways to address things such as the use of assets and working capital, and how to bring new people into the industry and reward them for skills and experience with the opportunity to establish their own business.”

Applications for the 2014 Nuffield Scholarship program will close on 30 June 2013.

Scholarships of up to $30,000 are provided for primary producers aged 28 to 40 years, although applicants outside this age range may be considered.

All scholars take part in a six-week Global Focus Program and up to 10 weeks of individual travel to investigate a topic of their choice.