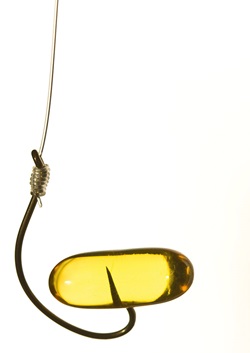 Fish has an important role in providing omega-3s to older Australians, which will help them maintain their health and wellbeing. This was the conclusion of presentations from Australia’s leading scientists during the scientific symposium in Melbourne, ‘Optimum Health & Nutrition for Our Ageing Population’.

The proportion of Australians aged 65 years and over is increasing faster than any other age demographic. Between 1991 and 2011, this age group increased from 11.3 to 13.7 per cent of the population. As the large ‘baby boomer’ generation moves into the over-65s group during the next 5 to 10 years, this group is set to further expand in size.

The Australian Government’s Intergenerational report 2010 predicts that the over-65s group will make up more than 20 per cent of the total population by 2050.

The financial and health implications for this trend are enormous. Government expenditure on the healthcare system has doubled during the past decade; in 2010-11 it totalled $130 million and was the largest item in the Federal Budget. Australian governments and the healthcare community are acutely aware of the dramatic age shifts in our population and are reviewing strategies to deal with them.

The Omega-3 Centre and the International Life Sciences Institute (ILSI) Australasia organised the one-day conference in October 2012 to discuss the unique challenges faced by this older age group.

There were numerous and specific references to how the addition of fish and seafood to our diets, and the long-chain omega-3 fatty acids they provide, can help prevent a number of degenerative diseases.

Les Cleland, a renowned rheumatologist from Royal Adelaide Hospital, presented on omega-3s and joint health, pain and inflammation. Recent investigations have shown fish oils to be effective in the treatment of rheumatoid arthritis.

They decrease tender joint pain and the duration of morning stiffness. However, since no single medicine is effective in treating rheumatoid arthritis, fish oil should be used in combination with other medicines appropriate to the stage of the disease.

David Colquhoun is an associate professor at the University of Queensland and a practising cardiologist. He provided a spirited presentation on omega-3s and cardiovascular health. He is a long-time proponent of increasing omega-3s for everyone and said he believed that anyone with a cardiovascular history or symptoms should consume at least 1000 milligrams (1 gram) EPA/DHA per day.

He commented on a number of well-conducted heart health trials that have presented strong results, and he gave the example of the Italian GISSI myocardial infarction trial showing a valuable effect when one gram or more per day of EPA/DHA was administered to patients with heart problems.

At three months, total mortality decreased 41 per cent and at four months sudden death decreased by 53 per cent.

David Colquhoun said it may be useless to tell people to eat fish unless you give them a reason. For those who do not eat oily fish, fish oil supplements were needed. The priority issue for supplements was not the source (krill oil versus fish oil), but the amount of EPA/DHA in the product.

Andy Sinclair, from the School of Medicine at Deakin University, reported on neurological research, saying the brain is the most complex organ in the body. The omega-3 fatty acid DHA is highly concentrated in neuronal cell membranes, and it has been recently shown that a DHA derivative helps promote the formation of synapses or links within the brain.

What does this mean for the older Australian? Andy Sinclair said that in 2011 about 298,000 older Australians were living with dementia, a progressive and incurable disease that causes a major loss of neurons, leading to cognitive impairment.

Alzheimer’s disease and vascular dementia are the most common forms of dementia. Factors shown to decrease risk include consumption of fish and foods high in antioxidants, exercise, maintaining a healthy weight and continuous learning.

He said other research had shown improved memory performance in mild cases of Alzheimer’s disease with a nutritional drink rich in omega-3 fatty acids. Some trials had also found that EPA and DHA improved depression scores in elderly people with mild cognitive impairment.

Vicki Flood, an associate professor at the University of Wollongong, reported results from the Blue Mountains Eye Study that indicated that the inclusion of omega-3 fatty acids in the diet could reduce the risk of acute macular degeneration. She said a repeat study of a major US clinical trial, Age-Related Eye Disease Study-2 (AREDS/2), is now using an omega-3 and lutein supplement to slow the progression of the condition.