Whether you’re a fisher or a foodie, there is finally a single source for scientifically grounded information on the health of Australia’s key seafood species 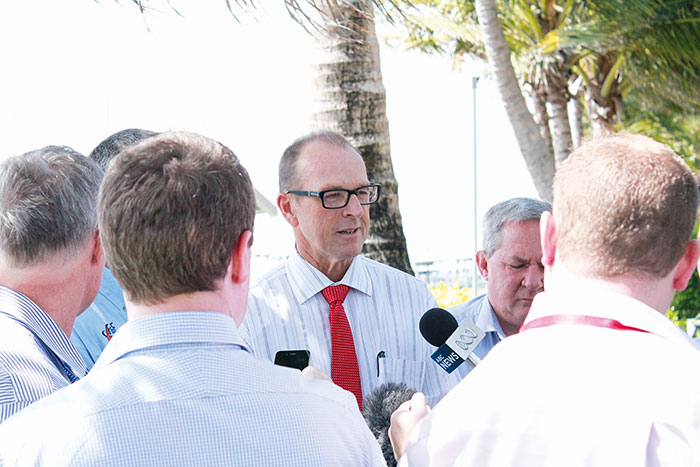 The release of the first Status of key Australian fish stock reports has been hailed as a major step forward for transparency in reporting on the health of Australia’s fish stocks. The reports were launched at two events in December.

The Federal Minster for Agriculture, Fisheries and Forestry, Senator Joe Ludwig, conducted the official launch in Mackay, Queensland, with regional media attending. A second event was held in Sydney, at the Bondi Beach restaurant The Bucket List, for food media.

Joe Ludwig said the reports provided the first national snapshot of key fish stocks, including an important summary of fish stock sustainability, and showed they were being well managed. 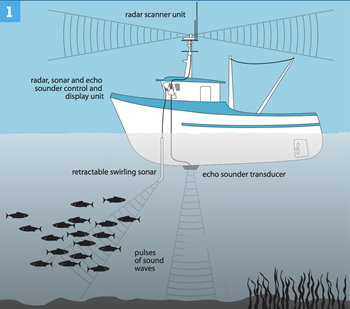 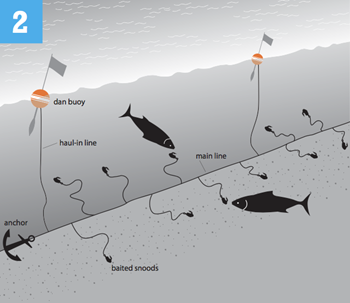 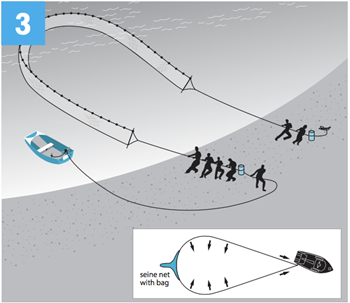 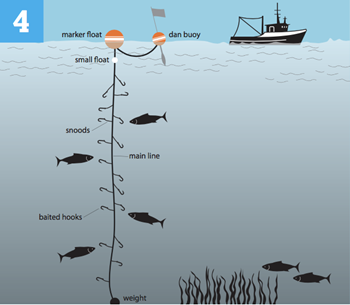 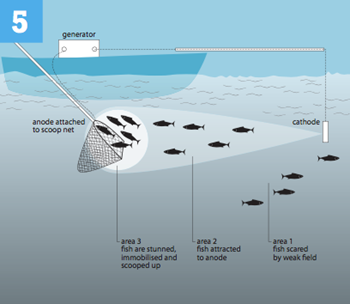 “These reports are a fantastic information base for government, researchers, fishers and the community to draw from and help them make sure our fisheries remain healthy,” Joe Ludwig said.

The reports were initiated by the FRDC and the Australian Bureau of Agricultural and Resource Economics and Sciences.

They have been produced in collaboration with more than 80 of the country’s leading fisheries researchers from Australian, state and territory government research agencies and CSIRO.

Speaking at the launch, FRDC executive director Patrick Hone highlighted the huge task involved in getting all the agencies to work together.

“Anyone who has worked with government would appreciate that getting eight jurisdictions and more than 80 researchers to agree on a single approach and then deliver reports of this depth was a great achievement,” he said.

“However, we are not resting on our laurels just yet. We are already looking at ‘where to from here’, including how we update and add species to increase the coverage and include broader issues such as bycatch, ecological impact, economic performance, management performance and social good. The first step will be to look at this report and evaluate the process, then work from there.”

The comprehensive, scientific approach to the stock status information outlines both what is known and where information gaps remain in the reports.

Both the recreational and commercial fishing industries have welcomed the release of the reports, highlighting the benefits of having access to this level of information.

Chair of the Commonwealth Fisheries Association Martin Exel said the publication was one of the best fisheries reports he has read in recent years – not just the stock information, but also the background on gear types, fishing methods and more.

In a lead-up to the launch, all sectors and key non-government organisations were provided with briefings on the release of the reports. A key part of the briefings was linked to the media training program that used the release of the stock reports as a case study (see Lights, camera, action: the seafood industry meets the media).

Following the Mackay release of the Status of key Australian fish stocks reports the FRDC hosted a lunchtime briefing with key food media representatives, chefs and seafood wholesalers at Bondi’s The Bucket List.

The restaurant was chosen because of head chef Tom Walton’s interest in sustainability. His philosophy is to source sustainable seafood for the restaurant, but he recently contacted the FRDC about the difficulty of finding a single source of reliable information.

FRDC communications manager Peter Horvat said it was important to ensure the food industry, chefs and media were aware of key information sources such as the stock status reports.

“We know the number one request is for simple information in one location. The reports aim to provide this,” he said.

To highlight the information in the reports, and the ease of accessing it, quick response (QR) codes that can instantly connect smartphones to linked web pages were printed on each menu at the luncheon briefing, allowing attendees to quickly look up information on relevant species. 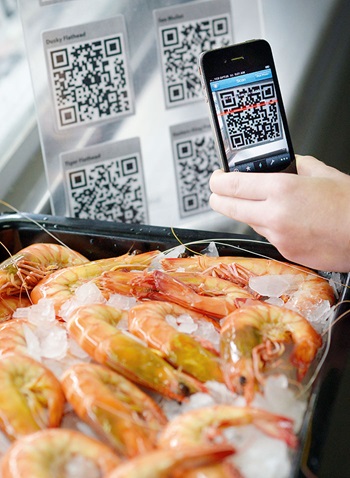 Within days of the launch of the first Status of key Australian fish stocks reports, fishers had already begun making use of the reports to highlight the sustainable management of their fish stocks.

Operations manager at the Coffs Harbour Fishermen’s Co-operative Shane Geary believes the reports have huge value for the industry.

“We can now tell customers where they can get information about the fish we sell. These reports are the first of their kind in Australia and will go a long way in increasing transparency throughout the different fishing jurisdictions,” he says.

The co-op was the first to use the quick response (QR) codes for each of the species included in the reports that are sold at the co-op’s retail outlet.

“There are 18 of our key species in the report – the main ones are King Prawns, Eastern Rocklobster, snapper and School Whiting. We hope there will be others included in later editions – that everything we sell will be included – that’s the aim. This is just the beginning,” he says.

The QR codes have been added to the co-op’s counter display cabinets and Shane Geary says a few people with smartphones have already scanned them to access information about the different species. The QR codes link directly with the Fish Stocks Reports website.

“Even for those without smartphones, the codeshare generated a lot of interest and discussion from customers.”

The co-op is also negotiating with restaurants to which it supplies fish, to include the QR codes on their menus. “A few have said they’re interested; the wine industry is already doing the same thing.

When customers are dining out they often have some time to have a look at the information. More and more customers want to know exactly where their food is coming from,” Shane Geary says.

Did you know that the length of commercial fishing craft in Australia varies from 1.5 metres to 87 metres? And that the smaller craft, such as punts, dinghies and ‘runabouts’, are primarily used in inshore waters by net, trap or handline fishers; dories and skiffs are often employed in inshore or open-water fisheries in conjunction with larger vessels, for example, in purse-seine operations.

Many craft designs are categorised by the fishing gear used on them, for example, ‘trawlers’ and ‘longliners’. On the other hand, many vessels in Australian commercial fishing fleets are multipurpose and can be rigged with different gear to operate in a number of fisheries; a line fishing boat may also set traps or pots.

These are just a few of the facts about fishing methods in the Status of key Australian fish stocks reports.

Information presented in the reports is based on the 1993 authoritative text Australian fisheries resources, and updated to reflect changes in fishing techniques and management over the past 20 years. It is not intended to be a comprehensive review of all fishing gear used in Australia. However, it covers the main fishing methods used to catch species that are included in the Status of key Australian fish stocks reports.