In Australia, commercial fishing for sea urchins occurs in NSW, Victoria, Tasmania, and South Australia. The taking of turban shell commercially is mainly restricted to NSW waters. The NSW Sea Urchin and Turban Shell (SUTS) restricted fishery is relatively small with few divers participating. The main constraint on development in NSW at this time is high processing costs and limited domestic markets. Most commercial fishers dive for sea urchins and turban shells using surface supplied compressed air (hookah). Because the catch is taken manually, there is no by-catch of other species. Fishing for sea urchins is generally constrained to that part of the year when the roe is well developed. Purple urchins are harvested primarily from October to March when the quality of their roe is best. Red urchins have an extended spawning period (from February to October) and specimens with firm roe of marketable volume and quality are found year round. Turban shells are harvested year round for their fleshy foot. A minimum legal length of shell has been set for the Sydney turban snail (Turbo torquatus) and Military turban snail (Turbo militaris). 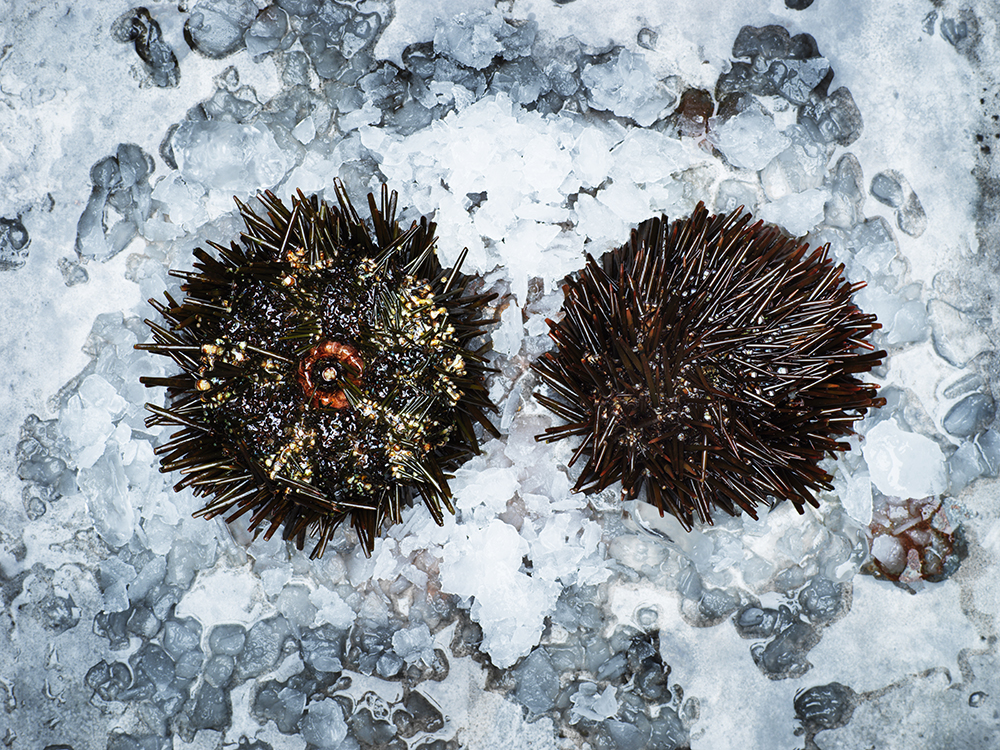