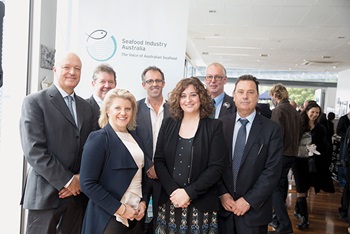 A new national peak body for Australia’s seafood industry, Seafood Industry Australia (SIA), was launched in Adelaide on 9 June 2017. About 100 business representatives and political leaders from across Australia attended the launch of SIA.

The chair of the inaugural SIA board, Veronica Papacosta, said the formation of SIA was the culmination of two years of hard work by many people to establish a united voice for the Australian seafood industry.

Voluntary pledges of more than $600,000 have been made from 95 businesses – both individuals and organisations – who have signed on as financial members, and this number continues to grow.

“SIA exists for its members, to produce outcomes that are real, measurable and valued
by industry businesses,” Veronica Papacosta says.

“It will leverage all its resources, members and their organisations to achieve scale and influence for the industry, while maximising operational efficiency.”

Veronica Papacosta noted that while the formation of SIA has been an industry-led
process, it had been assisted by the Australian Government with a $500,000 grant to develop the organisation. The seafood industry also had unwavering support from the Assistant Minister for Agriculture and Water Resources, Senator Anne Ruston, and her predecessor the Honourable Richard Colbeck

Senator Anne Ruston spoke at the launch about how work with the commercial seafood sector has now seen this key commitment achieved. She emphasised the opportunity for SIA to promote the seafood sector to the wider Australian community, and to gauge public sentiment about fishing activities and the management of Australia’s marine environment. 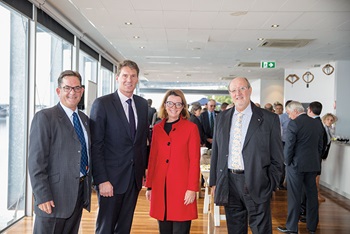 The chair of the FRDC, Ron Boswell, said the FRDC was also pleased to be at the launch event and looked forward to working with SIA in the future.

“It is important that the Australian seafood industry has a unified voice: one that can be decisive in representing the needs and best interests of the wide range of members it represents,” he said.

The formation of a national peak body to represent the common needs of the seafood sector has been a long-running ambition for many in this diverse sector.

During the long and challenging development process, the establishment task force, led by its chair Martin Exel, consulted widely with the many players in the sector. Brian Ramsay and the Inovact Consulting team, who managed the United Seafood Industries Project, were also pivotal in the establishment of the new peak body.

The new board members of the SIA represent the diversity of the seafood sector.

The SIA will advocate on the behalf of the sector to ensure the continued well-being and development of Australia’s seafood sector.

Keynote speaker for the Queensland Seafood Marketing Symposium John Connelly is president of the US National Fisheries Institute (NFI), a non-profit trade lobby group representing the seafood industry. The institute is also member of the International Coalition of Fisheries Associations.

SIA chair Veronica Papacosta says many of the national issues Australia was facing are mirrored in the US experience.

“John Connelly not only provided insight into how NFI has handled and continues to manage many of the common national issues facing the industry but he also took the time to offer advice on our homegrown issues.”

The SIA will work with the NFI in the promotion, protection and development of respective seafood industries, she says.