The Atlantic salmon was introduced into Australia in the 1960s, and local aquaculture now provides a year round supply. Product grown in Tasmania is considered among the world’s best.Atlantic salmon farmed in freshwater or brackish water tend to have gold-coloured skin, whereas those from saltwater are usually silvery blueAtlantic salmon is perhaps best eaten rare after barely searing it on a very hot grill. When prepared this way, the flavour is pronounced and tasty, and makes for interesting food marriages. Serve with roasted capsicum and a balsamic vinaigrette (or a pepperonata with a similar taste), tapenade, garlic mayonnaise, and bitter greens such as arugula or endive.Atlantic salmon is also excellent for baking after being wrapped in broad-leafed vegetables (such as English spinach) and then filo pastry. This produces great flavours and makes for ease of cooking and attractive presentation, especially if served on a beurre blanc.Due to its rich flavour, striking colour and excellent texture, Atlantic salmon is widely used for mousseline, terrines and finfish pâtés, roulades, or as a filling or stuffing for white finfish and seafood lasagnes. Add just enough Atlantic salmon to give a distinctive taste.Use various parts of Atlantic salmon for many preparations, such as the head and frame for soups and stocks, flesh from the frame for fish patties, and roe for “caviar”. Try serving Atlantic salmon as a Japanese sashimi with wasabi (see recipes page - Atlantic salmon mille feuille) or poach whole and serve cold.

Size/Length: To 150 cm and 38 kg (commonly harvested at about 65-75 cm fork length and 4 - 6 kg).
Thickness: Thick fillets and thin smoked slices
Texture: Medium
Flesh:
Orange or pale to dark pink
Edible portion:
Fillets (skin on, wing off): 78% from whole (gilled and gutted), 67% from whole (ungutted); an extra 3–5% is obtained by taking the remaining flesh off the fish frame.
Bones:
Fine pin bones, which are easily removed

Flavour: MediumRich and distinctive
Oiliness: High
Moisture: Moist
Wines:
There is a range of wines to complement the bountiful recipes for Atlantic salmon. With grilled or pan fried salmon steaks, the most appropriate wine choice is a young medium bodied Chardonnay, which will help cut the natural oiliness.

Caught:
Year round, with peak supply from October until mid-March
Habitat:
Saltwater and freshwater 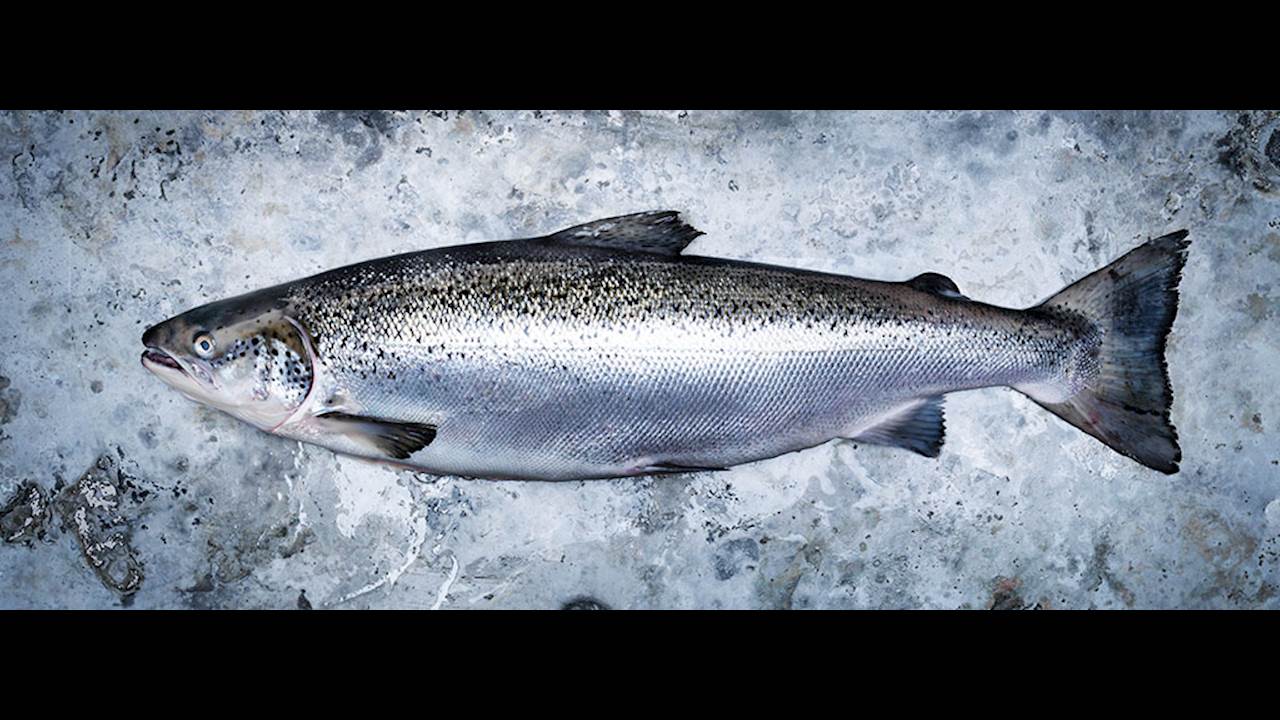